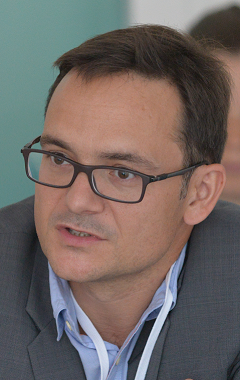 Rodolphe Thiébaut has been trained as a medical doctor specialized in Public Health. He has a PhD in Biostatistics at Bordeaux University in France. He started his research carrier at the Inserm as a researcher in 2002 and research director between 2010 and 2013. He has been research fellow in the Immuniology division of the Institute of Child Health in 2007. He is now deputy head of the Inserm U897 “Epidemiology & Biostatistics” research centre and professor in Public Health / Biostatistics at the University of Bordeaux. He is co-coordinator of the Epidemiology specialty for the second year of the Master at ISPED (Institut de Santé Publique d'Epidémiologie et de Dévelopement). He is leading a research group (SISTM-Statistics in Systems Biology and Translational Medicine) devoted to the design and analysis of clinical trials mainly in HIV immunology through the French Vaccine Research Institute. This group, which is embedded in the Inserm U897 research centre, has been regognized as an INRIA project team since January 2015. Its translational research starts with immunological questions and end with the development of statistical methods for the collection and analysis of high-dimensional datasets generated in this domain. He is leading the “Biostatistics/Bioinformatics” division of the Vaccine Research Institute and is in charge of the clinical trial unit of the Bordeaux University Hospital. Rodolphe Thiebaut is the author/co-author of more than 160 publications in peer-reviewed journals including New England Journal, Lancet, AIDS, Journal of Immunology, Biometrucs, Statistics in Medicine, Plos Computational Biology.

Cynthia Robinson, Senior Director, Clinical Research assumed the leadership of the EBOVAC1/2 consortium in 2017 and leads Janssen’s team for the EBOVAC3 consortium as well. She is pulmonary/critical care physician with 15+ years of clinical development experience in all Phases of development from Phase 1 through Phase 3 in gene therapy, respiratory, immunology and vaccinology. Her basic science experience focused on vitamin A regulated gene expression in respiratory epithelia. Since 2014, she joined the Ebola vaccine development team at Janssen, responsible for the conduct of African Phase 1 and 2 studies. Since Jan 2017, she assumed the medical leadership of all three of the Janssen’s filovirus vaccine programs, responsible for overseeing the clinical development strategy to support licensure. Included in this responsibility are contributions to grant applications and participation in international and regional consortia.

The whole EBOVAC2 team consist of a big, international team working hard on the success of EBOVAC2. The project leaders and project managers as contact points of the EBOVAC2 project are presented below: 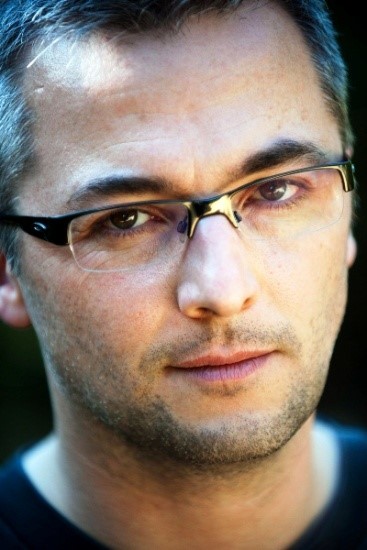 INSERM, U897,
146 rue Léo Saignat, 33076 Bordeaux, France
This email address is being protected from spambots. You need JavaScript enabled to view it. 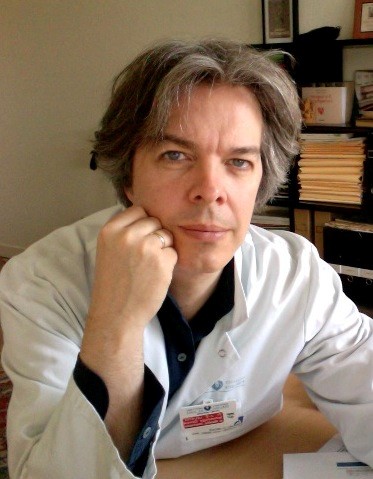 Vaccine Research Institute (VRI) INSERM U955, WP2 and WP3 Participant Responsible for the conduct of the study in clinical trial center in France.

Jean-Daniel Lelièvre is a professor in Immunology at University Paris Est Créteil, France. He heads the department of clinical immunology and infectious diseases, and an Inserm team dedicated to the study of HIV pathophysiology. He is in charge of the clinical core of the VRI, a French consortium whose mission is to conduct research to develop an effective vaccine against HIV. His role in this consortium is to develop new vaccines trials but also to decipher the motivations of healthy volunteers or patients to participate in clinical trials. Pr JD Lelièvre is an investigator in several clinical trials in the field of immune-based therapies of HIV infection and HIV vaccine. He is also in charge of work packages of different European projects on HIV. He is a member of the Social Sciences and Clinical Trial committees of the ANRS and of the scientific committee of Sidaction. 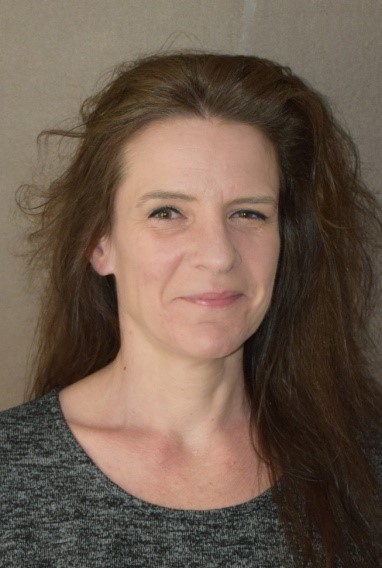 This email address is being protected from spambots. You need JavaScript enabled to view it.

Christine Lacabaratz’s, PhD, area of expertise is cellular immunity in HIV infection. She has contributed to describing the evolution of CD8 responses in a large cohort of acutely HIV- infected patients and in HIV controllers. She heads the immunomonitoring platform of the VRI. 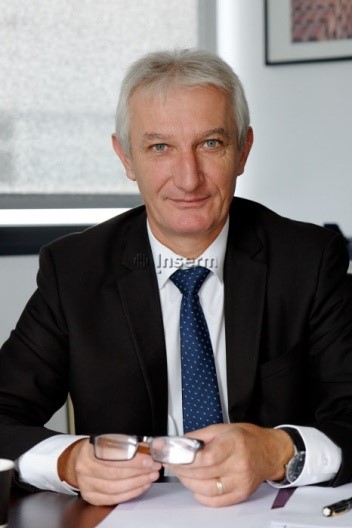 Hervé Raoul, PhD, was appointed Director of the French BSL4 Inserm Jean Mérieux laboratory in Lyon in 2005. He has reorganized the laboratory to open the infrastructure to national and international research teams. He has also developed diagnosis activities at national level but also through initiation of collaboration with foreign countries in Eastern Europe, central Asia and Asia. He is also the coordinator of the ESFRI BMS research infrastructure ERINHA project dedicated to the creation of a Pan-European BSL4 infrastructure. He has been vice-president of the Scientific Board of Center for Emerging Infectious Diseases (CEID), Wuhan, P.R. of China, since 2008; Member of the Scientific and Strategic Orientation Committee (COSS) of the Institute for Experimentation in Animal Infectiology (IEIA), INRA, France; Member of the Group of High-containment Laboratory Directors (GOHLD); Member of the Board of Directors of the pole of competitiveness TRIMATEC and expert for the French Ministry. He coordinates the REACTION! project carrying out Phase IIb trials on another candidate Ebola vaccine. 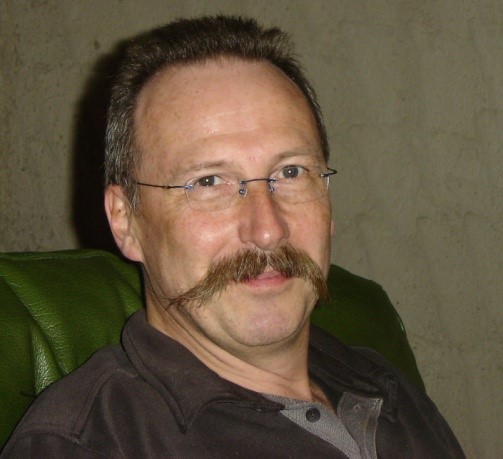 Pr Philippe Van de Perre is Professor of medicine (virology & bacteriology) at the University Montpellier 1, Head of Department of Bacteriology-Virology at Montpellier University Teaching Hospital, Vice President of the UTH directorate and Director of Inserm Unit 1058. 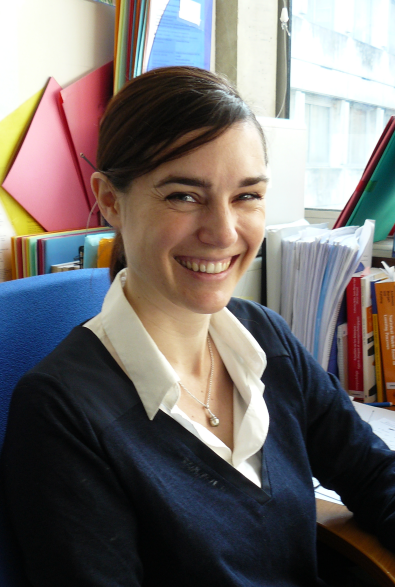 Laura Richert, MD, PhD, is a clinical epidemiologist at INSERM U897 and co-coordinator of the CIC1401/EUCLID international clinical trials platform.

Anne Kaminski, graduated with a PhD at the University of Aachen, Germany. Since beginning of 2020, Anne represents Janssen as contract and grant project manager working on EBOVAC1-2-3. 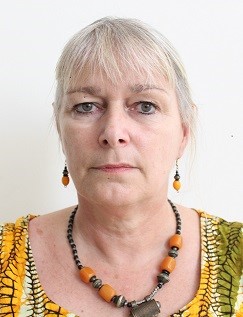 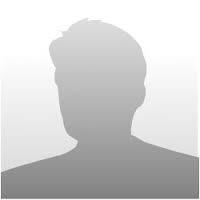 Group leader, UOXF, WP2 and WP3 participant
PI of the Phase 2 clinical trial in the UK

University of Oxford, University Offices, Wellington Square, Oxford OX1 2JD, United Kingdom Andrew J. Pollard is Professor of Paediatric Infection and Immunity at the University of Oxford, Director of the Oxford Vaccine Group, James Martin Senior Fellow, Jenner Institute Investigator, Fellow of the Infectious Disease Society of America, Fellow of St Cross College and Honorary Consultant Paediatrician at the Children’s Hospital, Oxford, UK. He obtained his medical degree at St Bartholomew’s Hospital Medical School, University of London in 1989 and trained in Paediatrics at Birmingham Children’s Hospital, UK, specialising in Paediatric Infectious Diseases at St Mary’s Hospital, London, UK and at British Columbia Children’s Hospital, Vancouver, Canada. He obtained his PhD at St Mary’s Hospital, London, UK in 1999 studying immunity to Neisseria meningitidis in children and proceeded to work on anti-bacterial innate immune responses in children in Canada before returning to his current position at the University of Oxford, UK in 2001. He chaired the UK’s NICE meningitis guidelines development group, the NICE topic expert group developing quality standards for management of meningitis and meningococcal septicaemia. He chairs the UK Department of Health’s Joint Committee on Vaccination and Immunisation and the European Medicines Agency scientific advisory group on vaccines. His research includes the design, development and clinical evaluation of vaccines including those for meningococcal disease and enteric fever and leads studies using a human challenge model of (para)typhoid. He also runs surveillance for invasive bacterial diseases and studies the impact of pneumococcal vaccines in children in Nepal. He is the clinical lead for children for the Oxford Academic Health Science Network, the children’s lead for the NIHR Thames Valley Clinical Research Network and is the vaccines theme co-lead for the NIHR Oxford Biomedical Research Centre. He received the 2013 Bill Marshall Award of the European Society for Paediatric Infectious Disease. He directs the postgraduate diploma and MSc in Paediatric Infectious Disease for Oxford University and has led the annual Oxford course “Hot topics in infection and immunity in children” as a partnership with ESPID since 2002. He has supervised 23 PhD students and his publications include over 300 manuscripts and books on various topics in paediatrics, infectious diseases, and high altitude medicine. He is leading a Wellcome Trust award to study enteric fever in Nepal, Bangladesh and Malawi which will be initiated in April 2015. 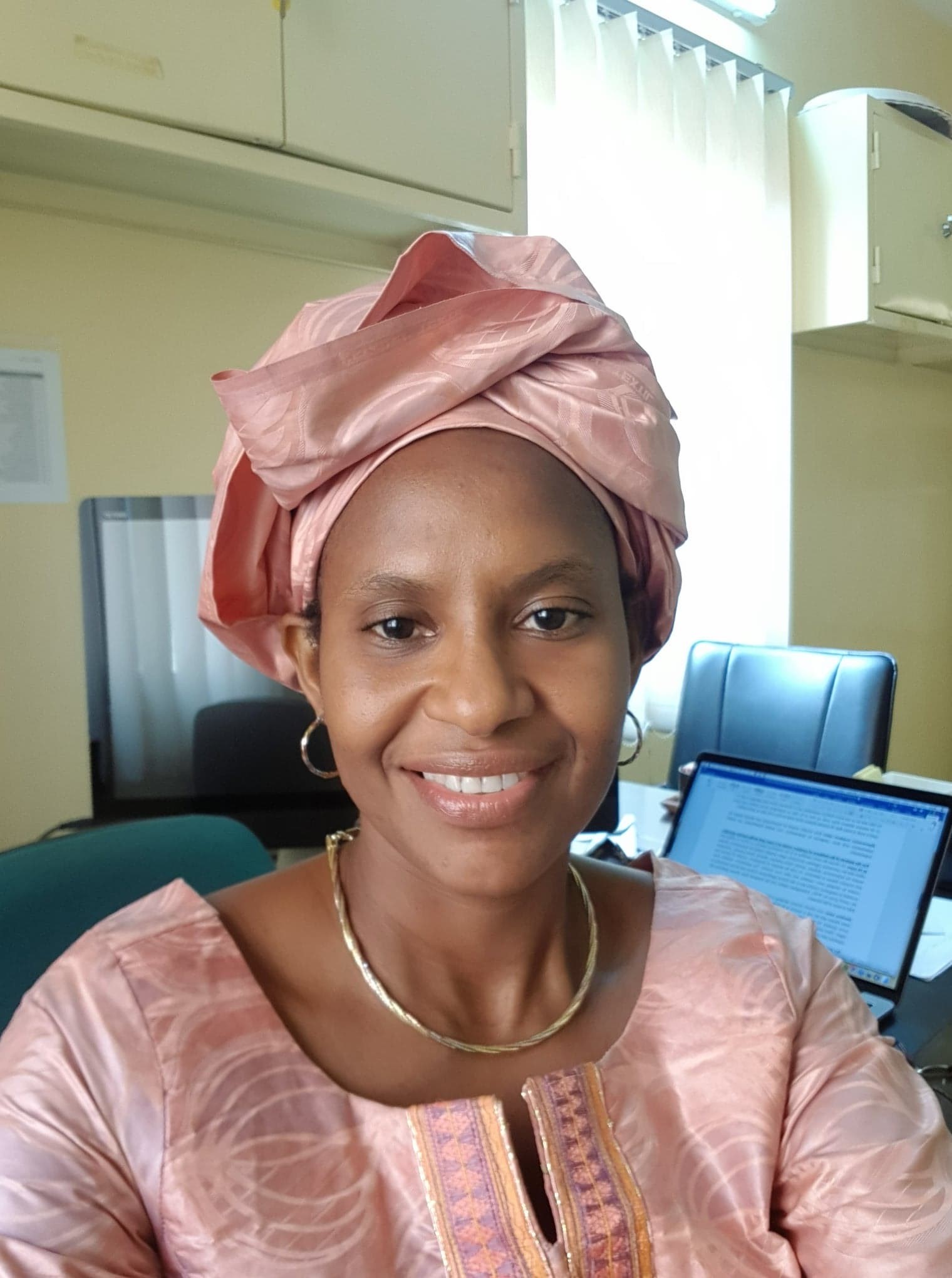 Houreratou BARRY, is a medical Doctor with a master’s degree in Public health Methodology from the “free University of Brussels”, Belgium and she is a PhD student at the University of Bordeaux. Since 2014, she is a junior clinical scientist at the Clinical Research Department of Centre MURAZ, Center of Biomedical Research under the National Institute of Public Health INSP in Burkina Faso. She is currently the Principal Investigator of the phase2 Ebola Vaccine trial (VAC52150EBL2002) and co-investigator for the CT14B study evaluating another Ebola vaccine in people living with HIV. Houreratou BARRY has participated to several international scientific conferences where she presented posters and oral communications

Pr. Nicolas Meda, MD, PhD, HDR (Research Professorship), medical epidemiologist and senior health research scientist, is the Director-General of Centre MURAZ, a Health Research Institute in Burkina Faso within the Ministry of Health. Centre MURAZ acts as the National Reference Laboratory for Viral Haemorrhagic Fevers, including Ebola Virus Disease in Burkina Faso. Dr. MEDA is also the country coordinator of French National Agency for AIDS Research (ANRS) activities in Burkina Faso. He is Professor of epidemiology and public health at the University of Ouagadougou. His major areas of research expertise include Epidemiological surveillance and studies, Mother-to-Child Transmission of HIV and its prevention, Reproductive Health (safe motherhood) and Research ethics. He has conducted multi-centre clinical trials in the area of Mother-to-Child Transmission of HIV and epidemiological studies among vulnerable populations for HIV like young people, prisoners, and commercial sex workers, urban and rural women. He is the national Principal Investigator for various HIV and maternal and child health international collaborative research projects funded by ANRS, DFID, EU, EDCTP and a former member of UNAIDS/WHO Monitoring & Evaluation Reference Group. He is the author of more than 150 articles published in international journals, reviewer and member of editorial boards for a number of different international journals, consultant for different UN system agencies and member of several national and international public health programmes steering committees, scientific review committees and networks.

Sinéad graduated with a Masters in Management of Development projects in the areas of health, education and training from the University of Paris, Panthéon-Sorbonne. After an internship at the OECD health division, she worked as a European project manager at the Asia Network of the CNRS. She then joined France Expertise Internationale where she was involved in setting up projects in several areas including HIV. She managed a UNITAID-funded project to improve access to viral load testing in African countries and participated in the 5% Initiative-AIDS, TB and Malaria. She has been a Project manager at Inserm Transfert since August 2014.

Elodie is Project Manager graduated with Masters in Integrative Biology and Physiology and in Management of Innovation. She worked in the technology transfer domain through different organizations: AP-HP, the Greater Paris University Hospital, the Biotechnology company Onxeo, the Tech Transfer Officer “SATT IDF Innov” and at Inserm Transfert. She is now European project manager at Inserm Transfert and has joined EBOVAC2 management team on February 2020.

This project has received funding from the Innovative Medicines Initiative 2 Joint Undertaking under grant agreement No. 115861.
This Joint Undertaking receives support from the European Union’s Horizon 2020 research and innovation programme and EFPIA

By continuing your navigation, you accept the deposit of third-party cookies intended to offer you videos, sharing buttons, content uploads from social platforms. Learn more

This site uses cookies to ensure its proper functioning and cannot be deactivated from our systems. We do not use them for advertising purposes. If these cookies are blocked, certain parts of the site will not be able to function.

This site uses audience measurement and analysis cookies, such as Google Analytics, in order to evaluate and improve our website.

This site uses third-party components, such as NotAllowedScriptReCAPTCHA, Google Maps, which may deposit cookies on your machine. If you decide to block a component, the content will not be displayed